Between You and Me: Flight to Societal Moksha BY ATUL kHANNA 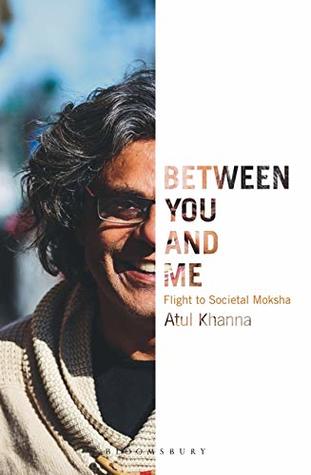 'A young soul trapped in an old body.

A ticking clock slower than time.

Can this be the ironic destiny of 600 million bright and young Indians? Are we born free and yet trapped by our circumstances?

'Between You and Me' is a conversation that makes the reader ponder about the much needed transformational changes for the twenty-first century. why should we get up to act only when we are pushed to the corner? After all, a stitch in time saves nine. Could it be that the parameters of economics,administrations,democracy, and social and political constitutions were all ideated and executed for another era? will tinkering these institutions help or are fresh ideas needed?

encompassing an extensive discussion and analysis of what comprises our society - government,economy,education,health care, science, technology and so on - this book gives the readers a holistic view of India and helps in deriving solution-oriented ideas for a new societal design and structure which will ensure a thriving democracy.'

India, where civilization began way ahead of other so called ‘developed’ countries of today is still lagging behind them. It will not be too far off the mark to say that it the structure of Indian government is now very slowly but steadily crumbling away. In the light of this happening it is time for us to realize that our country needs a change. It needs a government which is suitable for 21st century mindset and which is not based on empty promises rather on grounded actions. We want results not tantalizing promise of paradise. While making promises are all well and good but what is the use of a promise that cannot be kept?

Author Atul Khanna in his debut novel “Between You and Me: Fight to Societal Moksha” indulges in a deep discussion about India’s governmental system, its policies, affairs and shortcomings. He comprises the vast length of almost all sectors of growing India and discusses about the different governmental policies that effects those. He throws light onto much facts which are not knows by the ordinary people and enlightens them about many underhanded techniques used by our past and present so called leaders to fill their coffers.

This book starts with two great stories from Mahabharata, one of the greatest epic of the world which we are proud to be called ours. He takes the life stories of Eklavya and Karna and analyzes them to show how in historical India distinction and corrupt practices were a norm. He then goes on to say our present society is filled with such Karnas’ and Eklavyas’ and until we do justice to them, India is doomed to fail spectacularly.

He traces the accounts and deeds of great Indian leaders such as Gandhi, Nehru and Ambedkar along side with our current leaders and shows their blunders as well as achievements. It is true that we, the common people who are supposed to be the actual decision makers of a democratic country is trapped and bound by our own constitutions. No one from a free country and this time and age should be thus trapped. It is indeed time for us to take steps to make India better again.

It goes on to discuss various problems that our country is facing in much depth and while he does that he also along side of pointing to the errors and problems shows us the solutions and growth capability. He harps on the fact that out population is our source and this is indeed true. In today’s world the most value which is placed on any sector is development or growth of human resources. Across the world countries which do not have much human resource is opening their doors and inviting other people from different countries just to enrich their human resources so that they can grow. But india instead of utilizing this great power is actually thinking and behaving as if it is a burden. Which it is absolutely not. We need to utilize our resources, that is what a intelligent government does. They work with what they have and develop a better future.

He continues to highlight the fact that malpractices and corruptions need to be stopped. Also providing insight on the fact that unity is needed to make changes. One or two leaders cannot bring a massive change. Independence was not the result of only Gandhi protesting. It was a collective effort of many people whose voices were never heard by the public but it was a team work. Blaming our politicians or only one people will not help, we as citizens need to be aware of our own rights and choices. It is impossible for one to govern correctly when the whole foundation to the tip of the institution is a decayed and out of date mass.

Many such concepts are discussed thoroughly which goes on to show how we can utilize our resources, dissuade corruption and make progress towards a better tomorrow.

Disclaimer
I received this book as a part of review program in Outset
https://rakhijayashankar.blogspot.in/ in exchange of an honest review 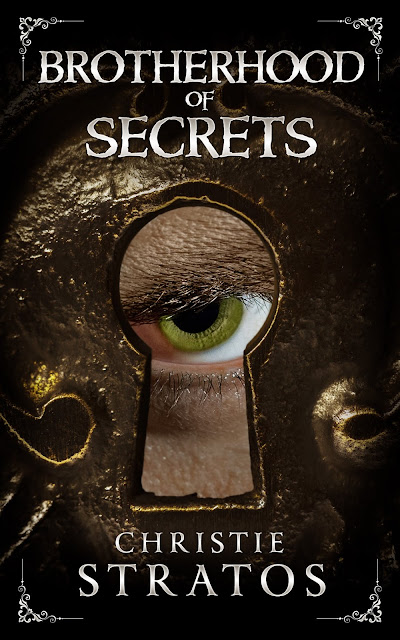 Brotherhood of Secrets by Christie Stratos 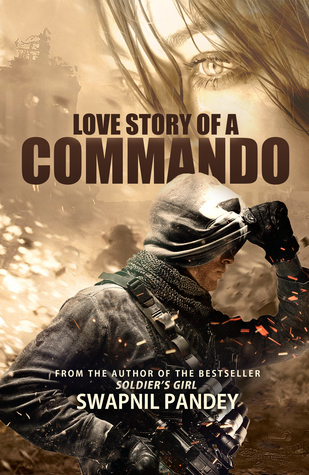 Love Story Of A Commando by Swapnil Pandey